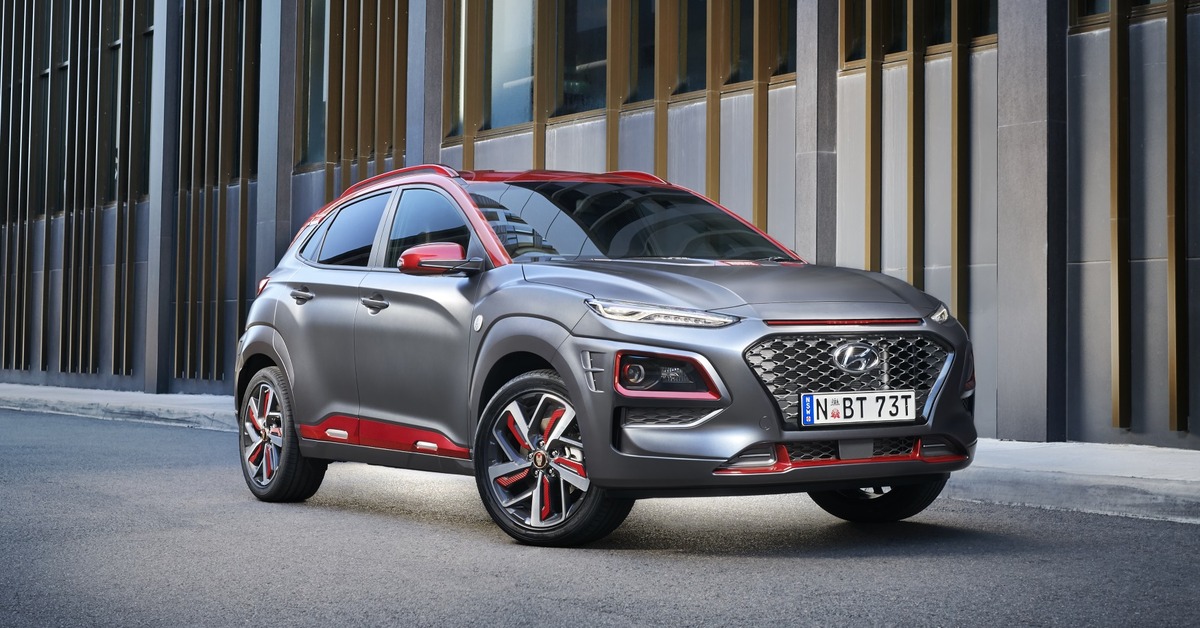 In true Tony Stark fashion, the Hyundai Kona has donned a new suit and can be found at Noosa Hyundai from March 2019.

The result of a collaboration with Marvel, the Kona Iron Man Edition features both exterior and interior design elements that closely resemble and give a nod to the dynamic Iron Man suit.

The Kona Iron Man Edition features a host of standard equipment in line with the rest of the Kona range, with the addition of bespoke Iron Man inspired features such as matte grey and 'Iron Man red' exterior paintwork, bespoke Iron-grip dual-tone 18" alloy wheels, Iron Man emblems on the front guards and projection through the puddle lamps. The bonnet has also been redesigned for the Kona Iron Man Edition, featuring a red bonnet bezel with Marvel logo.

The Iron Man theme continues on the inside with red stitching and piping on the leather seats. The heated and ventilated front seats feature a stitched STARK Industries logo and Iron Man image on the backrests.

The 8" multimedia touch screen and instrument cluster feature an Iron Man themed graphical interface, while a character themed welcome animation on appears both the cluster and Head-Up Display (HUD).

The instrument cluster and tachometer also feature the STARK Industries Arc Reactor as the background graphics, as does the leather wrapped and red stitched gear lever. The Iron Man theme is rounded off by a dashboard signature from Tony Stark.

Kona Iron Man Edition is available in one exterior colour, Matte Grey with Iron Man red roof and contrasts, and with one powertrain, a 130kW 1.6T-GDi with 7-speed Dual Clutch Transmission (DCT) and AWD.

Hyundai Motor Company Australia Chief Executive Officer, JW Lee said: "The Kona range has always had a strong identity with its expressive styling and choice of vibrant exterior colours, but the Kona Iron Man Edition takes this a step further with its audacious Iron Man inspired looks and tech equipment."

"With only 400 cars coming to Australia, the Kona Iron Man Edition will be a unique ownership experience, combining the Kona's style, technology and performance with a slice of superhero fun!"

If you would like any further information on this Special Edition model, feel free to contact the team at Noosa Hyundai!