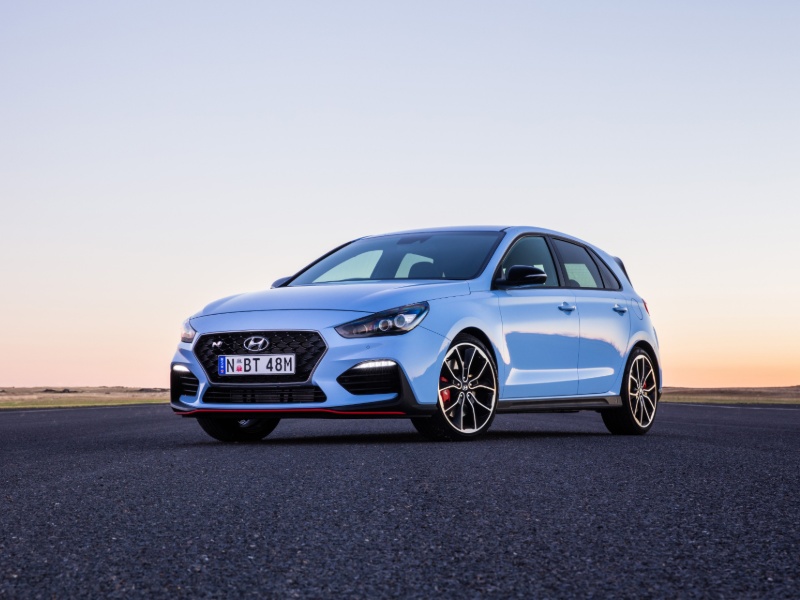 Hyundai's i30 N has graduated from game-changer to high-performance benchmark by winning the Australia's Best Cars awards Sports Under $62,000 category for the second year running.

And, illustrating the broad talent in the Hyundai range, Santa Fe Highlander has won the Australia's Best Cars AWD SUV ($55,000 to $70,000) category.

i30 N fought hard to earn the prestigious title amid intense competition from high-performers the Honda Civic Type R and VW Golf GTI.

The i30 N won over the judges with its high performance, practicality, handling involvement and value for money. Its class-leading five-year/unlimited kilometre warranty, which extends to casual track day driving, also drew praise.

ABC chief judge Mark Borlace commented: "The Hyundai i30 N was able to fend off the competition for a repeat win - a respectable feat when you look at the quality of the finalists. Back-to-back wins in this segment reinforces the i30 N's status as a serious contender and not just a flash-in-the-pan winner.

"The i30 N's overall user-friendliness and on-road balance delivers the goods for enthusiasts, while Hyundai's renowned value for money and warranty further enhance its credentials."

Santa Fe's cabin space and comfort, in conjunction with its standard safety technology saw it quickly win favour with the judges. The seven-seat SUV's enjoyable drive experience sealed it as the clear winner, rising above rivals the Kia Sorento and Volvo XC40.

ABC chief judge Mark Borlace commented: "The panel was impressed with how Hyundai has built on the positives of its popular predecessor, with larger dimensions in almost all areas, a notable lift in interior space and comfort, and more safety tech.

"It's a perfect all-rounder for buyers that need the flexibility of a genuine seven-seater, but who also appreciate an engaging drive experience."

"Together with Santa Fe Highlander's SUV award, it illustrates the breadth of talent in the Hyundai line-up. Hyundai is ideally placed to provide a class-leading vehicle to suit a wide range of customers," he said.

"To win two prestigious awards in the ultra-competitive SUV segment - in both Drive and Australia's Best Cars - is some feat. The latest generation Santa Fe showcases Hyundai's commitment to delivering progressive, innovative and technologically advanced vehicles to Australian consumers."

The Australia's Best Cars awards is the nation's largest independent new-car assessment and awards program, based around a gruelling week-long test adjudicated by representatives from Australia's peak motoring organisations.